I found my first grey hair today. It wasn’t a subtle grey, it was a shiny, silvery platinum sticking out of the side of my ponytail for everyone to see. This is it. The beginning of the end.

I took a picture of this chunky Robin on my fence today:

And all I could think of was: 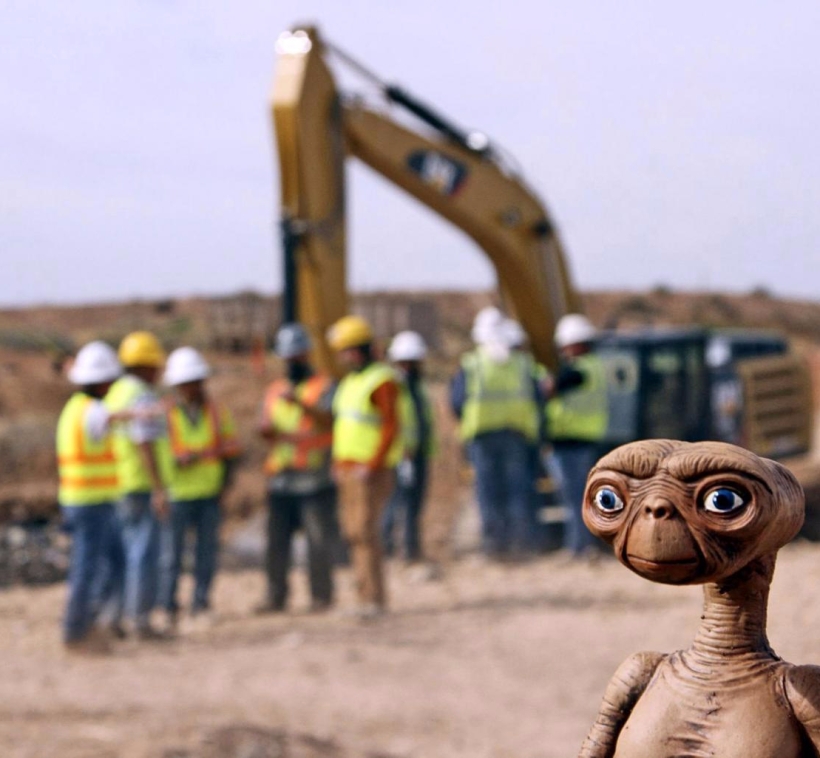 Have you ever hated a game so much that you rage quit? Me too.

Have you ever hated a game so much that you buried truckloads of that same game in the middle of the New Mexico desert?
In 1983, The New York Times reported 14 trucks delivering secret cargo to a landfill in New Mexico. The cargo? The E.T. The Extra-Terrestrial Atari 2600 cartridge. Known as “the worst game ever” to many people, sources describe the video game as “badly programmed, utterly boring, not following the plot of the movie and very frustrating to play.” Atari was desperate to get E.T. out before Christmas, as it was a very popular movie at the time, so they spent only 5 weeks producing it. It simply wasn’t long enough to make an acceptable game.

Despite the success of the movie, the game was very badly received and Atari suffered huge financial losses. Over five million of the games were made, and less than one and a half million were sold. It also turned out that Atari had created more copies of the game than there were Atari 2600s in existence at the time. It was released Christmas of 1982, and many copies were returned, and the game given terrible reviews.
This was the beginning of the end for Atari, shortly afterward the entire video game industry crashed.

James Heller, who used to work for Atari, told the Associated Press he was instructed to get rid of over 700,000 Atari games “as quickly and inexpensively as possible” in 1983. Besides ET, some other things dumped in the New Mexico landfill were Atari consoles, and games such as Centepede, Missile Command, Asteroids and Defender.

Xbox Live’s Larry Hryb told BBC that he expected they were “buried out of shame.”

For many years, there was no proof of this, and it the “Atari Dump” became simply an urban legend. However, in 2014, the City of Alamogordo granted Fuel Industries access to the site, and they were eager to debunk the myth and make a documentary about their findings. They found over 1,300 cartridges and consoles, however only a limited amount of material could be retrieved, the rest of the is buried much deeper than expected.

Now, 30 years later, most of these “worst games ever” from the dig have been sold on Ebay, for around $108,000. The Alamogordo News recorded that the city sold 881 of the game cartridges, gave 100 to the documentary crew and donated 23 to museums. One of these E.T. games from the dig is on display at the Smithsonian.

The dig site is a landmark on the Roadtrippers’ website.

The full documentary is called Atari: Game Over. Watch the trailer for it here!

I understand how hard it can be to find food for your special diet on vacation. Luckily, I found this gluten free shampoo in our beach vacation rental this morning: 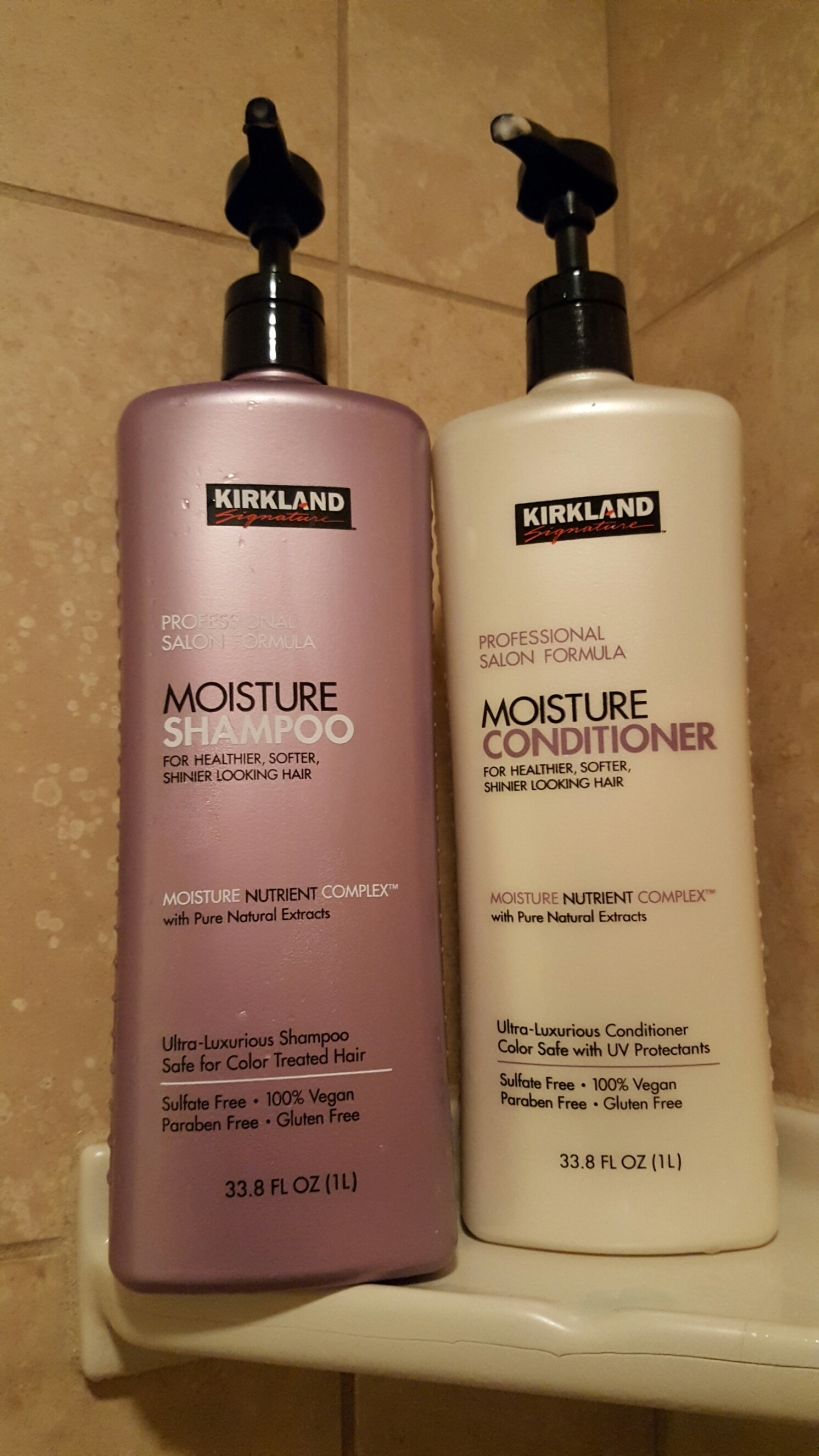 I am thankful to have been born in the USA for many reasons. Taco bell, the 4th of July, but mostly because I don’t have to struggle through learning English, with its nightmarish rules and expressions, as an adult. English is my native language, and I still struggle with the idioms, after 25 years! What does “Bob’s your uncle” mean, anyway?? Today I wanted to share my five favorite idioms, what they mean, and where they (may have) come from.

When The Sh*t Hits The Fan

Meaning: There will soon be messy consequences

Used in a sentence: “The sh*t is really going to hit the fan when they find out you’re not filing your reports!”

This idiom is related to, and may be derived from, an old joke. A man in a crowded bar needed to defecate but couldn’t find a bathroom, so he went upstairs and used a hole in the floor. Returning, he found everyone had gone except the bartender, who was cowering behind the bar. When the man asked what had happened, the bartender replied, ‘Where were you when the shit hit the fan?’ [Hugh Rawson, “Wicked Words,” 1989]

This expression alludes to the unmissable effects of poop being thrown in to an electric fan.

The first recorded use of this phrase is in Norman Mailer’s 1948 novel The Naked and the Dead. In this context, the use of shit is referring to problems or difficulties in World War 1, while the image of the rotating fan implies that those problems will be spread around.

Other more polite forms of the phrase include eggs, pie, soup, and “stuff”, ex., “when the egg hit the fan.”

I have always thought this Idiom sounded slightly gross. The meaning of the phrase is basically, “Keep a good lookout, pay attention.”

Used in a sentence: “I lost my keys, so if you could keep your eyes peeled for them, that would be great.”

Apparently, there have been two versions of this saying used, as early as the mid 1850’s and early 1900’s. One uses the word “peeled,” (as above) the
other uses the word “skinned.” (keep your eyes skinned) Its undetermined which one was first, but they both have the same idea of taking off the outside of your eye to make sure you are seeing clearly.

It’s possible that the literal peeling or skinning of vegetables or animals in order to open them is where the idea for this phrase comes from.

More Than You Can Shake A Stick At

What a weird one. But then, aren’t they all? This phrase basically just means “a lot.”

Used in a sentence: “Have you seen that woman’s closet? She has more shoes than you can shake a stick at!”

Where it may have come from:

One possibility is that it from the counting of farm animals, which could have been done by pointing a stick at each animal in turn. “More that you can shake a stick at” could just imply: “you could wave your counting stick until your arm falls off, and you still wouldn’t reach the end.”

Another idea is that it comes from battle, where it was popular in some cultures to shake a stick at the conquered enemy.

To let someone get your goat just means that they have succeeded in making you annoyed or angry.

Used in a sentence: “Ron’s constant whining really gets my goat.”

This idiom is said to come from horse racing, and was first used in magazines in the early 1900’s. Horses can be temperamental, and in order to keep their animals calm and relaxed, jockeys often kept a goat as a stable companion
for the horse. Goats don’t get flustered easily, and their presence in the stable had a calming influence on the horse. In order to ensure that a competitor’s horse didn’t perform well in a big race, rival owners sometimes stole the goat the night before the big event! The absence of the goat made the horse moody, and as a result it didn’t perform well in the race. So when you say that someone has got your goat, you are comparing yourself to the horse, who is upset and angry.

Close, But No Cigar

This one I’m sure you’ve heard before! This idiom basically implies “To fall just short of a successful outcome and receive nothing for your efforts.”

Used in a sentence: “We were only one point away from winning last night! So close, but no cigar!!”

This saying was first heard in the 1935 “Annie Oakley film. There may have been a time in the 20th century where cigars were among the prizes that could be won at carnivals, (however this has not been confirmed.) If this is true, then this could have been a popular phrase at the carnival games, shouted to contestants who came close to winning a prize, but just missed it.

What is your favorite idiom, and what does it mean?